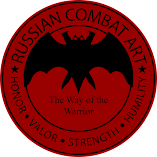 This combat system goes by several names. Generally, it is called Systema which means the system in Russian. The system is the fusing of health and fighting together unlike most other martial art programs. The movements this system uses to strike also provide health to the body. It is also referred to as the Russian martial arts or Russian combat arts.
I chose the title Russian Combat Arts (RCA) to help remind people that this art is about combat. The word martial refers to what is suitable for war. Originally, each martial art was created to give soldiers an edge in combat. Eventually, these arts went public. In the public sphere, when a person fights back against an attacker it is called self-defense not combat. This is merely a play on words. The art is composed of various families. The family with which
I am associated with is the Kadochnikov family. Each family teaches the same core values of the system but at various points, they begin to differ in the application of striking. This is why this system is called Art not Arts. To understand why, a person needs to understand this art. The art is eclectic and at least a thousand years old. Over time it was recognized there were certain values which were the heart of this method. Yet, the art is flexible so that those who practice it can use the core values while modifying its peripheral aspects. The following are the four core values upon which everything else in this system is built. 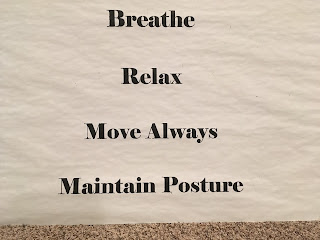 Breathing
Breathing is considered as the foundation of this art. As you read this you might be thinking that everyone breathes. Not necessarily! We have all heard of sleep apnea. This is an extreme example where a person does not breath at night. I would argue “apnea” happens more often than most people realize. In this case, a person does not need medical equipment to deal with the issue but awareness.
I remember when I first began to study this art, I began to be more aware of my breathing while doing every day activities. I was surprised how often I stopped breathing during the normal application of my day. I am sure there were times which I missed. Try it! You will be surprised.
Breathing is the key to both health and fighting. We will talk about tension later. Nevertheless, there is good and bad tension. When tension is used properly in training it is beneficial. Yet, tension can be harmful to the body as well and inhibit your ability to fight. Breathing properly permits us to control the tension in our bodies. 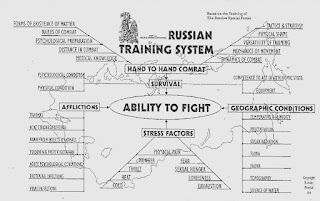 Introduction To the Russian Combat Art Part 2 “In my opinion, Systema is not a martial art or a sport – it is a science of life, of WA... 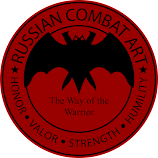